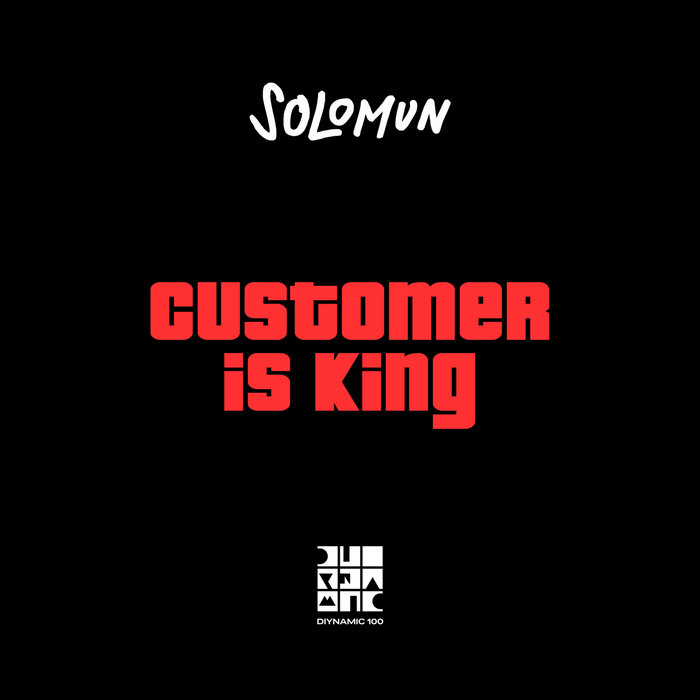 Diynamic Music, the Hamburg-based imprint founded by Solomun and Adriano Trolio, is celebrating its 100th release. In 2016, the label celebrated its 10-Year anniversary, and the fact that the 100th release did not already occur within this first decade tells something about their secret recipe, which reads ingredients like passion, loyalty, craftsmanship, doing things your own way and taking your time. And as DIY is the motto, it was time for founding father Solomun to take matters into his own hands and deliver his first full EP in three years for the jubilee of the label he created. What is really unprecedented about this release titled 'Customer Is King EP' is that, for the music video concept Solomun and his team were developing, they found the perfect partner in Rockstar Games to create the very first official music video in the look of Grand Theft Auto V. Solomun visited their headquarters in New York, got completely body mapped and, once the latest game updated will roll out on July 10th, will officially become part of the GTA V gaming universe, with his own episode in the game.Rockstar Games, as one of the gaming industries leading studios, produced the music video with Solomun as the main character, playing a delivery guy in a bleak dystopia where the customer is allowed to kill the bearer if he does not deliver on time. Solomun races through the scenery of Grand Theft Auto V, eye on the clock and pedal to the metal, while evil forces try to sabotage his mission to the dramatic soundtrack of 'Customer Is King'. Will he prevail? Find out in the video. The opening track of the EP, simply titled 'Dre', is a tip of the hat to the early West- Coast sound that was popularized by music icons such as NWA, 2Pac, Snoop Dogg, Warren G and most notably, Dr. Dre. Track 2 is called 'Ich Muss Los', German for 'I have to get going'; the title perfectly captures the tracks mood, which gives you a rushing sensation, almost alarming. Hypnotic siren sounds paired with industrial noises set the mood of underground rave in an almost pitch black room. 'Customer Is King' closes off the EP of the same name. Even now, with 100 releases out, Solomun and the Diynamic label continue to innovate and dedicate themselves to their passion, which became their life: music.

Diynamic has constantly been an underground electronic music label on the rise. The motto: Do It Yourself. Founded in 2006 by Solomun and Adriano Trolio in Hamburg, nowadays amongst the hottest imprints worldwide!

Bandcamp Daily  your guide to the world of Bandcamp

Featuring Gary Bartz, 5 years of Rhythm Section Intl and an LP of the week by Nicolas Jaar